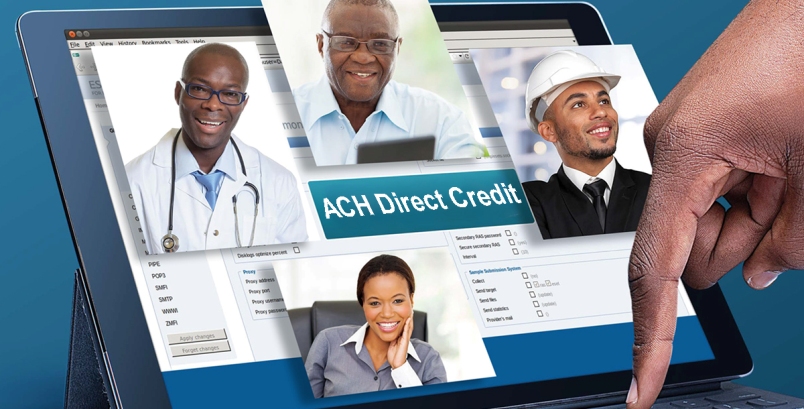 The value of bank transfers through the Automated Clearing House (ACH) Direct Credit has hit GH¢11.02 billion in the first half of 2018, data from the Ghana Interbank Payment and Settlement Systems (GhIPSS) have shown.

The half-year product performance summary indicated that the value of transfers is about 43 per cent higher than the amount of transactions recorded for the same period 2017, which stood at GH¢7.7 billion.

The higher growth in the value suggests an increased confidence in the payment system as more people are using it for high value transactions. Direct Credit, which is one of the two forms of Automated Clearing House (ACH), is a simple, secure and reliable service, which enables individuals, large and small organisations to make payments by electronic transfer directly into a bank account.

It involves a debit to an account in the sender´s bank and a transfer of the amount of money directly into the beneficiary´s account in another bank.

The Chief Executive Officer of GhIPSS, Mr Archie Hesse, said consistent public education together, with the banks, accounted for the growth in patronage for ACH Direct Credit. He said ACH Direct Credit was a more efficient way of making bulk payments, such as salaries, and encouraged companies, who were still paying salaries using cheques to try ACH Direct Credit.

Direct Credit is used for payment of salaries, pensions, welfare benefits, commissions, supplier payments, dividend and refunds among others. It is also suitable for interest payments, government payments, as well as business-to-business payments.

Express Direct Credit implies that the transfer is credited on the same day payment files are sent to the payer’s bank.
Mr Hesse called for a lot more effort from stakeholders to popularise ACH Direct Credit. He expressed the hope that public patronage for ACH Direct Credit will significantly outstrip cheques as it was a better alternative.