Banking today is like money in your pocket all day-GhIPSS 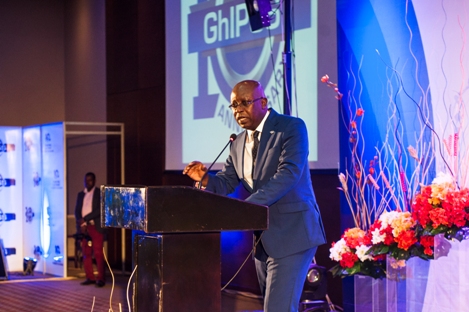 The various electronic payment options available to bank customers make money at the bank almost the same as money in the pocket, the Chief Executive Officer of Ghana Interbank Payment and Settlement Systems (GhIPSS) Mr Archie Hesse has said.

He said the banks needed to emphasise this fact in order to rope in the unbanked.

Mr. Hesse said there was no longer an excuse for someone to remain outside the banking sector in Ghana, considering the plethora of payment options available in Ghana today.

He said it was unacceptable for Ghana to continue to have a huge unbanked population when the excuse that kept people away from the banking system had been largely addressed.

However, he said the public is not sufficiently aware of how convenient banking has become, a challenge he suggested must be addressed head-on. Ghana, since 2007 began a journey to migrate the country into an electronic payment society with the establishment of GhIPSS.

The rollout of various payment systems that followed was also expected to reduce the unbanked population. Although significant success has been achieved, the CEO of GhIPSS said the time has come for all players in the financial services sector, to embark on massive campaign for the public to understand and appreciate the types of services available and how those services “literally meant that money in the bank is as good as money in the pocket but even more secured”.

Mr Hesse explained that Banks, Fintech companies, GhIPSS and various other players have created the various infrastructure and services to allow bank customers to have access to their funds at the bank at each point in time.

“Now we the players need to move to the next stage to ensure these services are known and patronised like any other basic service,” he added. He cited for instance that people who are hard pressed and paid with cheques can present the cheque and ask for express pay and they will get the money the very same day.

The GhIPSS Boss also mentioned the Instant Pay that enabled bank customers to transfer money from the account to another of different bank but the recipient gets the money instantly.

“With all these services, your money at the bank are just like secured money in your pocket and this message must get to the public,” he stressed.

Mr Hesse expressed the belief that a combination of policy from government, and an effective marketing campaign by players in the industry would move Ghana to the next stage where these electronic payment services would be so patronised that “the unbanked population will reduce drastically because everyone would want to keep their money in the bank and still have 24-hour access to it”.