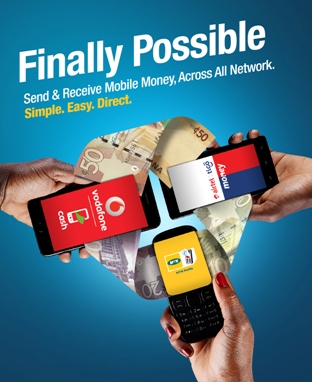 Cross network mobile money transactions continue to rise on a monthly basis after mobile money interoperability was introduced in May, this year, reaching almost 800,000 at the end of August.

It has also become possible for people to transfer funds from their mobile money wallets to their bank accounts without physically going to a banking hall or using the platform of a Fintech.

Mr Hesse was optimistic the growth in volume would continue in subsequent months.

The mobile money interoperability also allows Fintechs and other financial institutions to come out with various products that will run on the system and create convenience for customers.

Also, micro credit and deposits schemes can be offered to the public since people can now make payments to mobile money wallets regardless of their networks.