GhIPSS concluding preparations for the launch of QR code next month 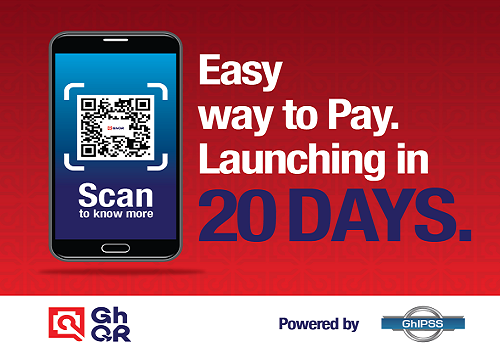 Feverish preparations are underway for the launch of the universal QR code next month. This is according to the Chief Executive of Ghana Interbank Payment and Settlement Systems (GhIPSS) Archie Hesse.

He said when the universal QR code goes live, banks and Fintechs will help shops, supermarkets, restaurants and other merchants to set it up and display the QR codes so that their customers can scan the codes with their smart phones to make payment.

Customers who do not have smart phones can pay with their feature phones by dialling a code that will also be displayed at the merchant's location.

The GhIPSS CEO explained that the QR code payments can either be made with funds from any mobile money wallet or any bank account.

Vice President Dr. Mahamudu Bawumia gave a hint of the launch of the universal code which he described as a game changer for payments in Ghana.

It will be the first of its kind in Africa. QR codes are less expensive to set up, convenient and easy way to make and receive payment, which will also ensure that every payment made hits the account of the shop owner instantly.

Mr. Hesse urged merchants to start engaging their banks in readiness for the launch.